Uniteam Training reinvents training for thousands of seafarers with TalentCards

Uniteam Training is a world-class provider of competency based training solutions for the marine, oil and gas, and industrial sectors. Having been with TalentCards since 2019, Uniteam Training uses the app to deliver training to 7,000 seafarers.

Uniteam Training had invested a significant amount of time and resources into developing and delivering classroom-based learning to thousands of seafarers. But there was one problem that all the in-classroom training in the world couldn't solve: people forget stuff.

Uniteam Training needed a way to provide on-demand job training to seafarers that is easy to access, and quick to complete. That’s where TalentCards came in.

Tin Maung Tun explained that while there are other microlearning platforms out there, many of them are so complicated that, “instead of the system working for you, you work for the system.”

When we were looking for microlearning solutions we found that TalentCards was the most simple and easiest to use. And of course, it’s cost effective as well.

With the TalentCards app on their smartphones, seafarers refresh their memories and review job processes in just a few minutes.

What’s more, TalentCards' offline mode truly empowers seafarers to train from anywhere, because they can download their content and view it out at sea, despite not being connected to the internet.

TalentCards is very easy to use, and it’s very simple to create content. Our seafarers can log in and use the app easily.

By pairing classroom training with microlearning modules in TalentCards, Uniteam Training provides the much-needed memory boost that makes all the difference for seafarers.

TalentCards empowers Uniteam Training to provide high-impact, quality training to their seafarers, in significantly less time than ever before.

Instead of spending four days in the classroom, people can spend one or two hours self-studying at their own pace.

TalentCards has freed people to be able to complete training whenever it’s convenient. “Even when they’re waiting to pick up their kids or something, they can sit in the car and play with the app.”

In addition to shortening training times and cutting down costs, seafarers’ job performance has also improved. While there are many tasks that seafarers perform on a daily basis, there are others that happen only a few times a year. Naturally, these are the processes that users are most likely to forget.

That’s why we encourage them to use TalentCards on board. I tell them, ‘This is the best thing’, because it’s like a memory booster. Before you start the job, just go through these five minute modules with your team. That’s it.

Of the many methods of training we’ve tried, and we’ve tried many, people like TalentCards. It’s very short and easy to use, so they like it.

Thanks to Uniteam Training’s feedback, the TalentCards team built and launched a game-changing feature— the app’s QR code scanner.

For every course created in TalentCards, a unique QR code is generated. By scanning this QR code with their phone cameras, seafarers can pull up that specific course in an instant.

In addition to seafarers, Uniteam Training also offers training to staff working in oil and gas processing plants, which involves using specialized machinery. The QR code scanner will allow them to reinvent the learning experience.

Our plan is to put QR codes on every part of the machine, so you have a short course on it. You just scan it and go through the course while you’re in the actual plant. So by walking through the plant, instead of sitting in the classroom, you learn.

Uniteam Training plans to use the same strategy on ships, placing QR codes on board for seafarers as well. By combining TalentCards with classroom-based learning, Uniteam Training has created a hands-on experience for seafarers, without the need for additional training software.

What I will say to other people who are interested in using TalentCards is that it’s a very useful tool. You can learn at your own pace, any time, anywhere, with your own device. 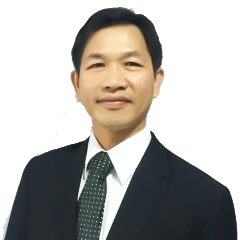 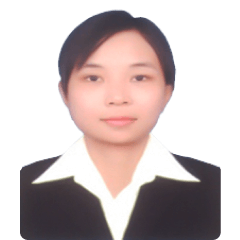